As you have probably seen in previous AXIOM Team Talk episodes we are located in the Factory Hub Vienna, an industrial co-working space in the south of Vienna, featuring extensive electronics manufacturing infrastructure. After building all AXIOM Beta Developer Kits manually by hand so far which really does not scale up well in any way, we long planned to start AXIOM Beta hardware production at the Factoryhub. The effort that went into the preparations were substantial. PCB panelisation (the process of putting multiple printed circuit boards on a larger panel to maximize yield) was done through a set of custom developed python scripts we of course open sourced but the real challenge turned out to be component sourcing. Due to a global pandemic (you might have heard of it...) a large portion of components were out of stock or on back order on major distributors with delivery dates well in the 10-24 months range. This meant hunting for parts from small online shops we never heard of before or actually trying to get through to the original manufacturer on the phone on other continents. Supply chain management is already a very complex ad challenging endeavour in normal times, now it became a "nightmare" doom difficulty level. With "slight delay" and spending much more than we planned for we eventually held all components in hand, a miracle! The actual assembly run through the industrial pick and place machines then only took an hour or so for each side, a fraction of the time in preparations leading up to this historic event. We produced hardware for ten AXIOM Beta Developer Kits in this first run, a tiny amount for an industrial process like this but just as much as we could afford at this time. Doing another run (even with higher volumes) will require much less effort and be much easier to initiate as all the files and component database entries are there already, "a big victory in our book" as Max puts it.

We shot this already some time ago together with the other season 15 episodes but as the hardware production run seemed to be just around the corner we wanted to wait to include it in the release. Things took longer than expected and so we kept pushing the release back, eventually we shot another episode altogether, so we now release both episodes together.

Image sensors have traditionally been flat since they were invented. “Why would you want a bent/curved sensor?” you might ask. If you consider that all glass elements in a lens are curved and that light has to travel slightly further to reach the outer edges of the image sensor compared to light hitting its center you can start to imagine that the optical elements in a lens need to compensate for a lot of things. The results are quite complex lens designs with many glass elements even for fixed focal length - prime lenses. A curved image sensor requires a completely new breed of lenses that can be constructed of less complex and less glass elements meaning they can be more compact/lightweight but achieving the same if not better optical performance (every glass element in an assembly degrades the projected image) at lower manufacturing cost. CURVE have developed such a curved image sensor based on the CMV12000 and used the AXIOM Beta as processing platform. 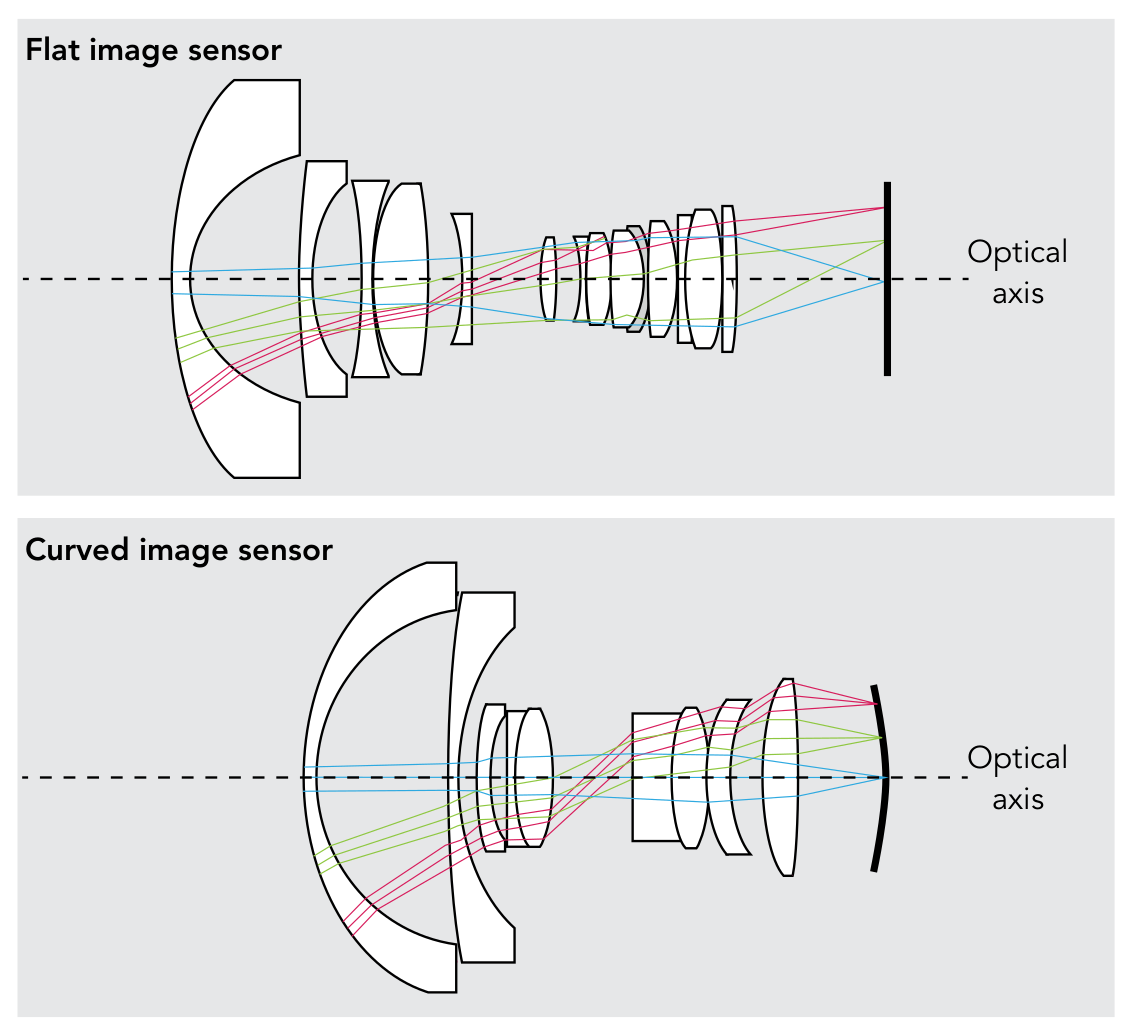 With the AXIOM Beta envisioned to allow raw footage recording we will likely utilize USB3 plugin modules (software still in development) that stream image and metadata to a mobile device that stores the footage. Likely a small off-the-shelf PC like an Intel NUC or a Slimbook ONE plus integrated SSDs in a custom designed enclosure inspired by 35mm film cartridges. But this PC could be used for many additional interesting applications when it’s not currently recording: transcoding dailies, footage playback, creating backups on connected storage or uploading what you just shot to your editing room, etc. - Slimbooks hardware is very Linux centric so it could become a very good fit for the project in the future.

We envision using a slow spinning 60x60mm fan at top of the AXIOM Beta compact enclosure to maintain a constant airflow around the electronics inside. There are dedicated entrance and exit ventilation holes. What we still need help with is choosing the right filter for this airstream as we are unsure how to balance between more dense filters that collect dust and reduce airflow or more coarse filters that add minimal obstruction - in the end particles that enter the camera will also be blown out again. To benchmark this we designed a “wind tunnel” model that has several sensors for air pressure and temperature along the airflow path and should let us evaluate different filters and densities more thoroughly.

Based on the Trenz TE0714 Artix 7 FPGA development board we created a carrier PCB that provides 4 SATA connectors to attach storage media like SSDs and interfaces with the AXIOM Beta through two plugin module slots. Florent Kermarrec from EnjoyDigital developed a Test/Integration of a LiteSATA core on this hardware powered by Migen & LiteX. Florent shared benchmark results that look very promising. This still means that further development is required to use this hardware in the AXIOM Beta to record footage but we are a few good steps further to reaching that goal now.

About air flow and cooling
What about Peltier effect? Did you tought about it someway?

Yes, the challenges of peltier elements are manifold, you need to actively cool the hot side, be careful to not heat the cold side more than you cool, need to be careful with water condensation and in general be aware of high power usage which is difficult when running on battery power.

Lots of great stuff. But when are you going to have the hardware/cnc units to go? I prepaid a looooooooog time ago. Thanks